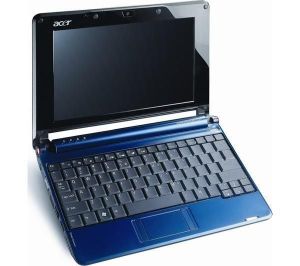 I was single but had a great lover. The Man was really the Man. Sweet, sensual, attentive, a good listener and a great cook, aaah, I couldn’t dream of better. Almost.

The thing is that The Man liked to wander with his magical wand. I went along, he was a lover not a boyfriend and he didn’t have to talk about it, I knew. It was fine with me. But it wasn’t fine to him that I had no other lover.

Oh the sting when he told me he wanted me to have other men in my life. What other men ?! How could I ?! I adored him, I loved his way of touching me, of taking me from behind while I cooked or at the bathroom sink, all doors open…I always wanted more, every time we kissed it ignited a fire and it made me moan. He was into me also, he just couldn’t be with just one woman. After being a couple of years with Prince Charming I didn’t want a steady relationship so I decided to keep my eyes open.

At the time, I was getting along with My Sister (it was the stars’ alignment probably and it didn’t last) and we hung out at a bar where she worked part-time. Her boss from her other job offered to lend her his condo in Mont-Tremblant for the weekend.

It was Friday and we were already pissed. That’s when we compared our boobs in front of the boss’ mirror and we took order side by side according to sizes. Fun.

Saturday, we went for a walk in the day. Then, at night we went out at Le Petit caribou where we proceeded to dance closely one to each other, attracting most men in our vicinity. We also proceeded to get drunk. While the others were dancing on the counter or tables and Catherine flirted with what’s his name, I spotted a guy at the bar. He was looking for matches. I gave him matches from one of the girl’s bag.

We introduced each other. He was a native, was a landscape architect working on the Mont-Tremblant slopes, he smiled easily and seemed to be attracted. I brought him back at the condo, up the stairs where I had my bed. I had sex on my mind with no exchanges of phone numbers, emails and whatnots.

We took a shower and we had a lot of fun with oral sex, me sucking on his dick for a long time, him with buckling knees. I didn’t finish the job and all wet, we went to bed. His hands were rough from work, his body hard, his skin soft. We didn’t waste time talking. He had a knack for rising my fire with his fingers inside me. I just wanted him now. He put on a condom (I always have some when I go out) and it was intense, slow but intent on feeling everything. It was so good, it made me wish I did that more often.

As all the fun left me, we told each other all about our sex history so we could see if we were safe. We thought we were. We slept and we woke up, everyone had the surprise to see him. I now wished he wasn’t there, it never happened.

So as he cuddled me after breakfast, as I explained that I had not intended us to exchange info, I gave him my number and email and he did the same. I clearly said that we would call each other for the test results.

But…he called me not long after. What could I tell him ? Why did he call ? He didn’t want a girlfriend, I lived in Montreal and he was living in Mont-Tremblant and I wasn’t about to go there for booty calls.

So, the results came and ta-daaaaaaa we were clean ! So we said goodbye.

And I never picked another guy in a bar…or elsewhere.